Hi, I’m Jens Oliver Meiert (short: Jens, which is almost pronounced like “yes”). I’m an expert in web development, where I specialize in the minimization and optimization of HTML and CSS, and I work as an engineering manager for LivePerson. I’m based in Hamburg, the city that inspired the food. In the past I used to share all sorts of career highlights and personal priorities, but here are three major pieces to know about me. 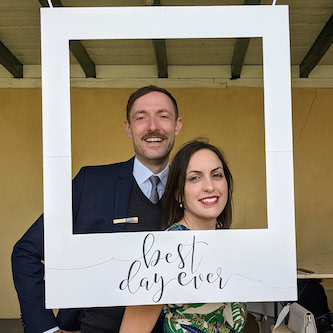 Figure: With my better half.

1. Contributing to the Craft of Frontend Development

I’ve been creating websites since 1999. I’ve built HTML/CSS frameworks from 2000 on, for themable systems. I was the lead developer behind the 2004 relaunch of GMX, Europe’s first (TBC) billion-visits site to be based on standards-conformant HTML and CSS. I’ve built Google’s first HTML/CSS frameworks, and developed some of Google’s few and only valid properties (curiously including the China homepage and the error page). I’ve cautioned about Conditional Comments, resets, AMP. I’m known to push on total separation of concerns, DRY CSS, HTML–HTML. I’ve certainly done stupid things, too (miles?). I love frontend development.

I’ve written 18 books and booklets (you can get them at Amazon, Apple Books, Kobo, Google Play Books, Leanpub, and O’Reilly), some for my publisher, some self-published, most about tech, a few about other topics, some popular, many not. I frequently write articles, many for meiert.com, others for A List Apart, CSS-Tricks, or heise (where I’ve run a column). Occasionally, I speak at conferences.

I’ve traveled the world solo for one and a half years (557 days), visiting 6 continents and 48 countries. Overall I’ve been to a third of all countries in the world, and I like the idea of having seen half until I die (I still travel but it’s not a high priority). One of my books describes the 2013–2015 journey, just as another describes how I don’t only explore places, but also activities. I love trying things out.

❧ For random personal factoids about me: I’m a vegan, a green social democrat, a Werder Bremen fan and member, a tabler (RT and OT 233 Alster-Milchstraße), a Süddeutsche, New York Times, and Vogue subscriber, a CS:GO player, a Drum & Bass listener (not exclusively), and someone who can do coffee and hummus.

For more details, please see my standard CV (PDF), my profile at LinkedIn, or also an older long version of my biography. Thank you for the interest.

You are here: Home → Biography