Analytics: Only When We Use It

Here’s something so obvious, it isn’t anymore. Which is: We should only use analytics software when we actually use it. Not when we think we could might want to need it. And not when we only glance at it… 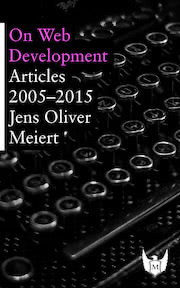 If you like what you see here, consider the ebook version of all of my 2005–2015 posts on web design and development: On Web Development.