In 2014, for idealistic transparency and enthusiastic link love, I’ve shared the feed sources I was following at the time. I’m still a huge believer in and user of feeds. As I also still like to be transparent I thought to share an update.

We’ve all seen approaches to team management and leadership that work, and others that don’t. A brief and scrappy list of the mistakes I’ve witnessed (or committed), together with thoughts on how not to make them. 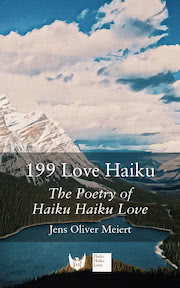 Survival of the Primitive

Is ours a highly evolved culture?

Post from December 16, 2018, filed under Philosophy and Everything Else.

Why Being a Digital Nomad Sucks (to Me)

For countless years has it been a thing to romanticize the lifestyle of digital and global nomads, of people who live and work remotely. I believe there’s also much to question.

Post from June 19, 2018, filed under Adventure and Everything Else.

“The first thing to be required of a man is, that he understand well his own calling, or profession; and, be you in what state of life you may, to acquire this knowledge ought to be your first and greatest care.”

We should be protective of our greatest possession—our values.

Anecdote. When I was working at Google, shortly after I had made one of my first bigger contributions, I experienced one of my more memorable performance reviews. You’ll never guess what happened next.

Highlights from “The Elements of Style” (William Strunk Jr.)

“Consciously or unconsciously, the reader is dissatisfied with being told only what is not; he wishes to be told what is.”

Post from January 15, 2018, filed under Art and Design and Everything Else.

On Meeting and Leaving People

Humans are social. Cooperation got us where we are. There are several ways to get to know new people, and, in relationships, to leave them. A few thoughts.

A story of venturing into an entirely different genre.

Post from December 17, 2017, filed under Art and Design and Everything Else.

I believe that privacy, which has never been about “hiding something,” is a fundamental civil right, one that is but must not be infringed on; so I once more played with randomizing personal web traffic.

A few months ago I ran into an article referring to data from the Carbon Disclosure Project. I realized that the data may have been inaccurate and incomplete but also that it presented an avenue for us to actually do, a little.

What Happens When You Email Each of the 1,380 Members of the German and European Parliaments

Over the last couple of months I have emailed, each individually, all the 631 members of the (departing) German Bundestag as well as 749 members of the European Parliament (I was short two MEPs).

Why It Would Be Bad If Jesus Was Here

Arguing is something we have to learn. I observed this particularly in recent years when I started studying philosophy and went through courses for logic and argumentation theory. These courses…

Post from September 20, 2017, filed under Philosophy and Everything Else.

To me, websites are living objects. They require regular care and maintenance. Such care starts with monitoring, from uptime control to visual site tests, demands technical quality control, and ends with content checks…

Post from August 17, 2017, filed under Web Development and Everything Else.

Highlights from Martin’s “The Behavior of Crowds”

“When most of our neighbors are motivated by certain ideas, those ideas become part of the social environment to which we must adjust ourselves. In this sense they are ‘real,’ however ‘crazy.’”

Over the last few quarters I was in conversations to move back to the United States. Over the last few weeks I noticed that that would feel like endorsing U.S. policy, and contradict my principles and values.

The Simple Answer to Our Terrorism Problems

How about we stop invading countries and murdering people. How about we allow those who are too afraid to live in freedom to live in supermax prisons (for free). And how about we finally remove from office who ever proposes to violate a human right.

On work, retirement, definitions, and mixing things up.

“Who actually saw, heard, felt, counted, named the thing, about which you have an opinion? Was it the man who told you, or the man who told him, or someone still further removed? And how much was he permitted to see?”

Years ago, in 2009, I wrote an enthusiastic post about my then-favorite apps for Android. More for fun than anything I decided to write a follow-up.

You are here: Home → Archive → Everything Else (2)