Leadership is a topic I’ve been studying again over the past few months because I’ve been refocusing my corporate role on the management of tech teams. There’s much awareness for why and when leadership is needed, but when speaking with peers and companies I’ve also noticed a certain attitude, one of frowning upon the matter. “We don’t have leaders,” conversation partners would say, “we have a flat hierarchy,” or “we want leaders to emerge from our teams.”

While this is completely fine—I’m not here to judge, and the discussions I had were exclusively positive and constructive—, I’ve picked up on an argument that, if it matches the sentiment, is decidedly fallacious:

You don’t need a logic course to tell how that argument is neither valid nor sound, and yet it’s what I’ve observed in many discussions. I certainly agreed on the premise!—alas, the conclusion doesn’t follow from it, and, assuming you, too, agree on often poor leadership, looking at what could actually be seen in it is more interesting.

Even if we modified the premise to say “most leaders are poor leaders”—one may be tempted to say that—it still doesn’t warrant a conclusion such as “leadership is bad.” That’s for a good part because leadership skills don’t fall from the sky but need to be learned. That leadership skills don’t fall from the sky, that they need to be learned is a problem with both the “our leaders emerge from our teams” idea as well as aforementioned fallacious conclusion, which, as it stands, does nowhere consider training.

A more constructive “argument” may then be the following (it still doesn’t follow logically speaking, but I’ll keep with the pseudo-logical structure):

Here we seem near the core, then, because not all people in leadership positions seem to go through formal leadership training. Likewise do few go through any sort of casual training, and only a minority, then, may study the topic.

My own best leaders—managers—I’ve pretty much all had at Google, whereas in other years, some of the best leaders I’ve seen were only not bad, and that simply because they didn’t lead in the first place—meaning they just happened not to get too much in the way of their teams, teams that happened to display initiative. That is, some of the “good leadership” we sometimes encounter is chance leadership.

Given these observations and how many mistakes leaders can make, no wonder that people suspect leadership to be bad if all they see is bad leaders!

However, now, leadership is not bad. Leadership is important. As we know from other skills, too, surely most leaders are poor leaders without training, which is why training is so important to stress. What we need to do then is train leaders so that they become better leaders. Although I won’t cover leadership training and resources here (frankly, there’s so much that I’m still learning), an entirely different though likewise invalid and unsound argument would be nice to arrive at, then:

Leadership is important, and it can be learned. 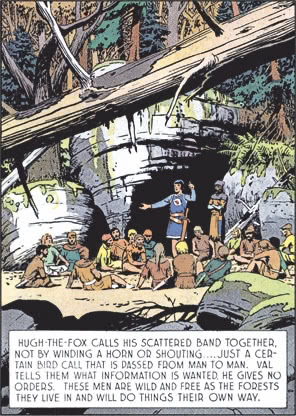