It seems easy these days to lose faith in people. We’re destroying the planet, elect the least competent and least humane of our peers for presidents, kill our own people when we don’t kill people in other countries, incite protests to extend pandemics, and on the side we yell at each other in online and offline fora.

During the pandemic I must say my faith in others has taken a plunge, too. I’m seriously pissed about pro-Covid protesters who think they’re experts in both medical science and geopolitics yet do nothing but prolong the very thing they’re fighting “against.” It’s hard not to think they’re idiots and assholes, both at the same time. Pardon my French.

Online it’s not much different. Even before Covid, it’s usually been unpleasant to look into any major comment thread. People are disrespectful, hostile, hateful wherever one appears to be looking. I had my share of Twitter shitstorms where even respected peers rose to Holy People who know everything (expect respect and benefit of doubt), and I recall bitter and destructive comments for some of my (even if provocative) writings.

If you interact with people, whether online or offline, I’m rather sure you can relate.

Now, is there something that helps against sliding into a spiral of loathing others, doubting their sanity, wanting to avoid them, even beginning to hate them?

Although it’s not an easy road for it’s tempting to lash out and just call the other an idiot or asshole, I believe so. I believe it’s helpful to operate from a particular premise:

And they care much.

How Much People Care

The first time I realized this was around conspiracy theorists. I had a time of my life, from 2013–2017 perhaps, when I had entered the same realm. (You still find writings from that time.) Those Covid conspiracy people out there, they’re not crazy. They have read and discussed much about this, and they care. They are worried something sinister is going on, and they care so much about themselves and others that they do take a stand to prevent harm. (That’s actually much more than I used to do! I wasn’t out on the streets to protest the military-industrial complex.)

The Holy People of Twitter? They are smart people, and they care, too! When someone makes a remark about something or someone that can only from one angle be understood as problematic, they are there to protect others! They know that an online comment isn’t changing much, but they also believe that it’s better than doing nothing. And in their mind, there’s less harm in insulting one person when these make a questionable comment, than that person possibly making more questionable comments (→ Holiness). We can question all of that—they themselves may, too—, but the point is, the Holy People of Twitter care.

We find the same pattern everywhere. Take other protesters, take other fora. Take every person out there, and you will, if you just look, find that they care. Even Trump, Jinping, Putin, Bolsonaro, and Erdoğan care. They care, deeply. They are no idiots, and also no assholes—they are people who care.

What is going on, then? That is, from my view, the wrong question. It may be a pseudo-psychological reflex by now to immediately try to understand what’s going on, and analyze and explain and change it. If there’s one thing that I learned from my studies, then that “Why” isn’t the most useful question. First and foremost, it is.

The only categorizing idea I’d chip in is that in general, every idealist runs a risk of turning fanatic. I believe we see a lot of fanatics lately, and one angle at this post is to remind ourselves that fanatics really are idealists who have gone overboard with their ideals.

The only thing I suggest to do with these lines is to simply keep in mind that people care.

They care. Maybe not even about different things than you and I care about. And while it may not make us like everyone, it seems pretty hard to hate others when we begin to see that. 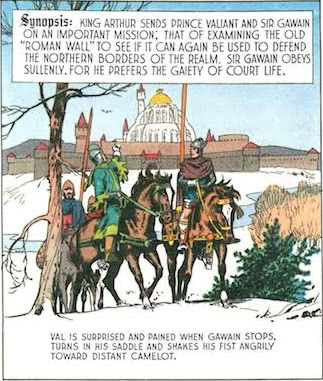