This and many other posts are also available as a pretty, well-behaved e-book: On Web Development.

Ladies and gents, all I present’s… the Web Dev Report, issue #1: 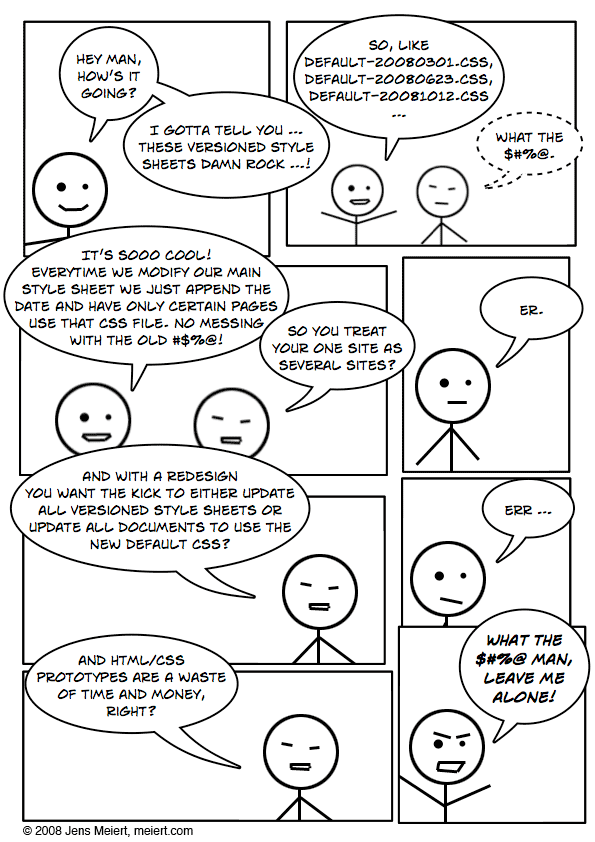 Transcript. (Marked up in reference to § 10.3, yet missing the dialog element.)

“Versioned” wasn’t known to Merriam-Webster and other dictionaries but it’s so popular, I decided to keep with it. More importantly, let’s see what happens to the report. Will there be an issue #2?

Stay up-to-date? That’s easy, by feed or on Twitter.