This article first appeared at CSS-Tricks.

XHTML became popular when everyone believed XML and XML derivatives were the future. “XML all the things.”

For HTML, this had a profound effect: The effect that we learned to write it the XHTML way.

The XHTML Way of Writing HTML

The XHTML way is well-documented, because XHTML 1.0 describes in great detail in its section on “Differences with HTML 4”:

Does this look familiar? With the exception of marking CDATA content, as well as dealing with SGML exclusions, you probably follow all of these rules. All of them.

Although XHTML is dead, many of these rules have never been questioned again. Some have even been elevated to “best practices” for HTML.

That is the XHTML way of writing HTML, and its lasting impact on the field.

The HTML Way of Writing HTML

One way of walking us back is to negate the rules imposed by XHTML. Let’s actually do this (without the SGML part, because HTML isn’t based on SGML anymore):

Peeling away from these rules, this looks a lot less like we’re working with XML, and more like working with HTML. But we’re not done yet.

“Documents may not be well-formed” suggests that it was fine if HTML code was invalid. It was fine for XHTML to point to wellformedness because of XML’s strict error handling. But while HTML documents work even when they contain severe syntax and wellformedness issues, it’s neither useful for the professional, nor our field, to use and abuse this resilience. (I’ve argued this case before—see In Critical Defense of Frontend Development.)

The HTML way would therefore not suggest “documents may not be well-formed.” It would also be clear that not only end, but also start tags aren’t always required. Rephrasing and reordering, this seems to be the essence:

For start and end tags, be aware that many tags are optional. A paragraph and a list, for example, are written like this in XHTML:

In HTML, however, you can write them using only this code (which is valid):

Developers also learned to write void elements like such:

This is something XHTML brought to HTML, but as the slash has no effect on void elements, you only need

In HTML, you can also just write everything in all caps:

When you want to condense that link, HTML offers you the option to leave out certain quotes:

(As a rule of thumb, when the attribute value doesn’t contain a space or an equal sign, it’s usually fine to drop the quotes.)

Finally, HTML–HTML, instead of XHTML–HTML, also allows to minimize attributes. That is, instead of marking an input element as required and read-only like this:

You can minimize the attributes:

And if you’re not only taking advantage of the fact that the quotes aren’t needed, but that text is the default for the type attribute here (there are more such unneeded attribute–value combinations), you get an example that shows HTML in all its minimal beauty:

The above isn’t a representation of where HTML was in the 90s—HTML, back then, was table-itis packed with presentational code, largely invalid (like today), with wildly varying support in user agents. Yet it’s the essence of what we would have wanted to keep if XML and XHTML hadn’t come around.

If you’re open to a suggestion of what a more comprehensive, contemporary way of writing HTML could look like, I have one. (HTML is my main focus area, so I’m augmenting this by links to some of my articles.)

It’s not a coincidence that this resembles the three ground rules for HTML, that it works with the premise of a smaller payload also leading to faster sites, and that this follows the school of minimal web development. None of this is new—our field could merely decide to rediscover it. (Tooling is available, too: html-minifier is probably the most established of it, being able to handle all HTML optimizations.) 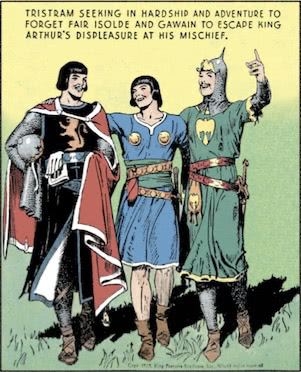