HTML, CSS, and Web Development Practices: Past, Present, and Future

The following is the more detailed alternative version of today’s talk at Teaching the Web, Potsdam. While blog posts occasionally get updated, this one might not.

Figure: Shiny, maintainable web development world. Structure, presentation, and behavior all separated except for some minor overlap with respect to integration (style sheet references in HTML documents, for instance) and interfaces (scripts manipulating documents in a smart manner). 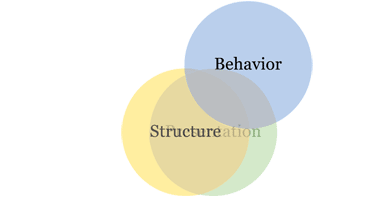 Figure: Heaps of presentational markup taking care of what would be the job of style sheets; scripts manipulating document contents but also eyes, thus overlapping both structure and presentation. 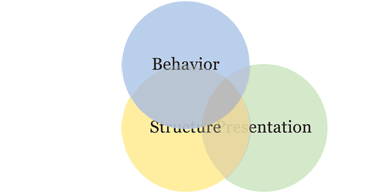 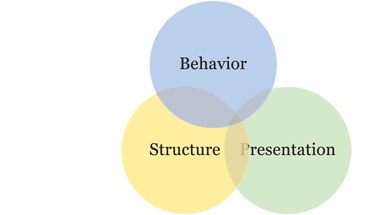 Figure: Behavior backing off a bit, minding its own business a bit more; authors learning to separate even more structure, presentation, and behavior, without being quite there yet (aka “the ideal world”).

Figure: Bubbles all over the place; authors using less presentational markup and manipulating documents and styling-related aspects in a less wild fashion over time.

Many thanks to Asim Janjua for his work on the talk’s visuals.

You are here: Home → Archive → 2009 → HTML, CSS, and Web Development Practices: Past, Present, and Future