Anecdote. When I was working at Google, shortly after I had made one of my first bigger contributions (the Go framework), I experienced one of my more memorable performance reviews. Amidst a great reception of Go, good progress towards measurable quality improvements, and when generally feeling that things were going well, I received a peer review from someone on the team who I hadn’t even worked with and who wasn’t familiar with my work, and that feedback was, not friendly.

Though it didn’t hurt my career, the feedback stung; and though I later made an effort to learn more about the person’s motivation, they never made like effort, nor disclosed their thinking, and so all that’s left is the idea that I had throughout acted professionally in a context that was but professional. (As I consider their conduct to be of low character as well, I now set such people straight. [Looking back at this even later, maybe I was, indeed, a bit full of myself at the time.])

If there was something here, however, then it had been around language, or tone—and I recall talking to my manager at the time (I was still a rather junior Googler) and listening when he suggested that some of my team communications may have been misunderstood, which in turn helped them being misconstrued. 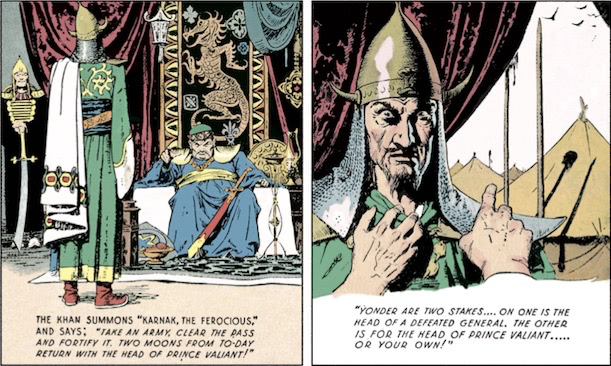 Figure: It’s not what you say, but how you say it? (Copyright King Features Syndicate, Inc., distr. Bulls.)

Some of that, of course, was due to the fact that I hadn’t been, and still am not, a native English speaker.

Some of that, we speculated, was perhaps because of some twists in the way German and English work; some phrases common and normal in German sound rather harsh and unfriendly in English—easily like orders and commands even—which is quite different from the always polite and “PC” English one hurries to speak in California.

Some of that had probably been due to inexperience (in matters of wider organizational communication) as well as linguistic playfulness (I love to try things).

But the point is, even I am surprised about my tone at times.

And, it has become worse with my bilingual setup.

In English, I’ve traditionally applied terms, expressions, and structures from my mother tongue.

And in German, I’ve after my seven years abroad also begun to use “translations” and expressions that are not commonly used or not at all used here.

In English, for example, I had a time when I often said “anyway” as some direct translation for how in German we say “irgendwie.” A biggie, actually: A casual sense of uncertainty suddenly becomes aloof indifference.

In German, now, it’s more those translations like “du machst meinen Tag” (eh? from “you made my day”) that puzzle the people around me.

And then there’s tone.

In written language, and I’m pretty sure this particularly (or solely?) applies to English, I may use a peculiar mix that can come off as strict, arrogant, even condescending. (I got feedback like that in early years.)

Now, this is probably subjective, and then there’s also something else here.

That “subjective” is clear I suppose. Some people find offense in anything either of us do—while others don’t. After all, we know that, as I put it a few weeks back, Jesus could come in and someone could well scold him for being there.

That “something else” is somewhat trivial but also makes the whole matter difficult: Sometimes I am strict. Sometimes I may even be a bit arrogant, as I do get heated up at times when for the umpteenth time in 20 years of web development, something gets cooked that clearly doesn’t work, or is clearly costly, or is clearly of low quality, or is clearly x, y, or z, at least from my point of view, but then the whole field falls over itself to do the mistake again (or sometimes not). But, another one of those words here, I’m never condescending.

To be that I have too much respect for the people in the field, for you, for people in general. It goes against my disposition and my values. It’s something I deem silly and low, for we can all learn from each other.

Okay, maybe it’s not quite that heroic, either. But back to my tone:

The point is, I myself see how I f up my tone at times. I translate a post of mine and think, oh that’s actually a little strong; oh, harsh; mmh, very confident (and confident I am as much as I try to be open, even vulnerable).

And really, countering this whole point, I don’t think (or want) it to be a big deal.

And, I’m talking about it.

And that’s all for a post like this. There’s no action to be taken here. It’s my (and any other English-speaking Germans’?) problem and responsibility. Though if you want, cut bilinguals—and I suppose this can all be taken a very wrong way, too, in again a silly manner—some slack at times, once more. Learning languages and switching languages does require time to do perfectly well.

By now, writing and publishing largely in English, yet living in Germany and speaking German again for a number of years, I have no idea how my written English must come across. (The same goes for my German writings.) I trust my editor(s), my peers, and my colleagues to tell me when I acquire disagreeable habits. (Please do.)