Ad blockers are popular. Yet, they’re also a problem. They’re a problem that can be broken into three sub-problems, sub-problems that speak not only against the use of ad blockers but argue against their existence. The problems are not new, but I liked to take the time to document a personal view on them—a view that acknowledges that there are reasons to use ad blockers, but doubts that these outweigh the reasons not to use them.

Although often a better user experience is quoted as the reason to develop or use ad blockers, the argument itself could also be viewed as a magnified sense of entitlement: What exactly entitles a user to no ads, or a better experience?

Nothing—and that’s true. (Even though for us web professionals, good user experience, including performance and privacy, is a God-given guiding light for our work, no one is factually entitled to it.)

It’s nicer to get no ads, sure, but that doesn’t actually come with a legitimation to have and take no ads. If niceness was a good reason, everyone was entitled to a lot more, taking anything they want, essentially, just because that was “nicer.”

(Indeed, a general toxic sense of entitlement seems to be spreading. If that wasn’t enough, a similarly appalling attitude may be a technically driven desire to block ads “because we can.” Yet doing things because one can makes for a justification for decisions that looks just as bad as the idea that one was entitled to an outcome.)

2. The Damage to Creators

One can argue that consuming content without even wanting to give attention to ads is anti-social or even a form of theft. If we assume that people using ad blockers would otherwise interact with ads, and be that accidentally, the fact is that ad blockers and their users hurt content creators.

While the larger content creators stand a chance of building or employing anti-ad blockers (or paywalls), then, it’s the smaller content creators, the middle-class of the Web, that get hurt the most. Ad blockers and their users make it harder to earn money for original content on the Web, and feed the divide between small and large creators.

By making the business case worse to create unique content, ad blockers and their users make the Web a less original and creative place. This perhaps hurts ad blocker users without them realizing.

If one considers the code, design, and overall composition of a website a work that is creative and worthy of protection, one should note that ad blockers and their users modify (and generally worsen) the work. It seems that not only after Axel Springer’s lawsuits there have been verdicts that this was legal, but from my humble conception as a developer it can not and should not be legal.

I don’t know, then, how to gather and dissect this whole matter of intellectual property, rights granted and assumed when browsing websites, the intent and nature of changes made through ad blockers, and yet there seems to be little in the analog world that could serve as a suitable precedent. What ad blockers and their users do is not something romantic like taking an ad brochure and lovingly, manually cutting out all the ads while enjoying a tea on the couch—it appears more like grabbing a promotional but full edition of a newspaper and using some not-yet-existing machine to have all ads stamped out. In a lot of editions. All the time. And that does not quite look okay.

❧ Ads suck. Especially when used excessively and maliciously. And yet they form an important union with the content they come with. Breaking up that union is not the call of the consumer or user, and may rather negatively influence the quantity and quality of future content and ads. Perhaps don’t build or use ad blockers; instead of using punishment for what you don’t like, look into rewards for what you do like. 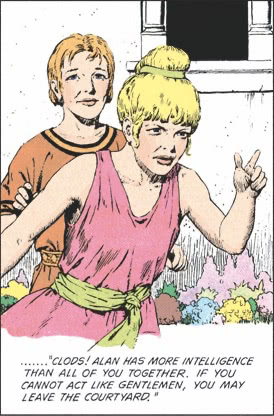 Meanwhile I’ve decided to walk my own talk and not just not block but deliberately click on more ads; and it doesn’t only feel fair towards the content providers, many of whose sites I frequent regularly, but even constructive, for even when the ads are not of actual interest to me, I do something to reward and support the work of those whose content I consume and learn and benefit from. It feels like not only taking something, but giving back.

I’ve worked through the different problems with ad blockers again in a thread on Twitter. In short, ad blockers target important problems—problems we should tackle—, but there seem to be alternatives to tackle these problems that work much better than ad blockers. I strongly believe we can act smarter.