A Brief History of UITest.com

UITest.com just merged with Frontend Dogma, and maybe you know only one of the two sites, well, probably even none of them,—and the merger only cost $0, too (but also 0 persons their jobs).

What was UITest.com? Why bother? Maybe there isn’t much to bother: UITest.com was a well-visited, but not a pop-culture site, and it lives on pretty much entirely, as the announcement on Frontend Dogma describes. 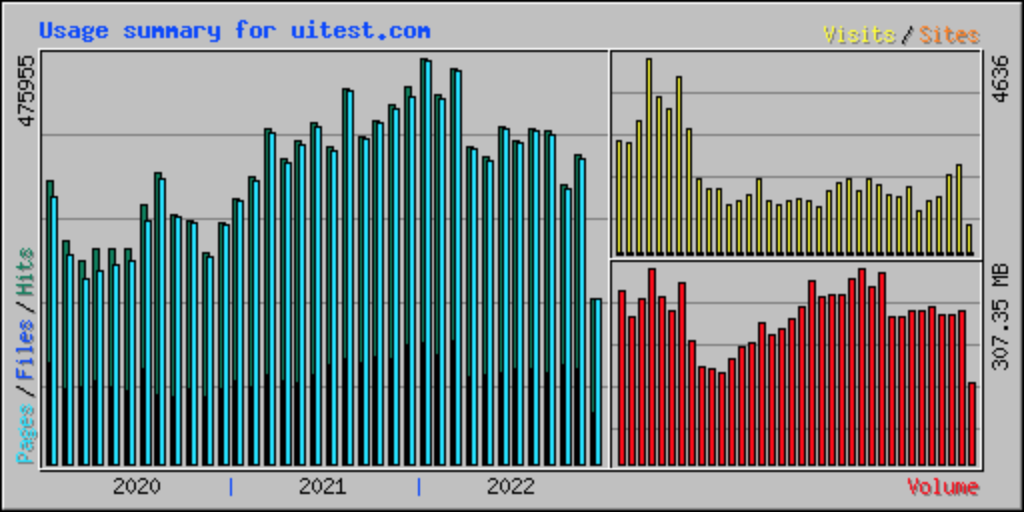 Figure: UITest.com’s server statistics dating back to 2018 (linked charts) and 2020 (preview chart)—unfortunately not all the way to 2004, due to a past server change. (Non-critical information, therefore sharing as an image.)

But it is also a site whose domain I bought in 2003—check out the placeholder!—, and which I’ve run since 2004, so it also stands for a bit of individual professional history.

Let me tell the story by a few screenshots: 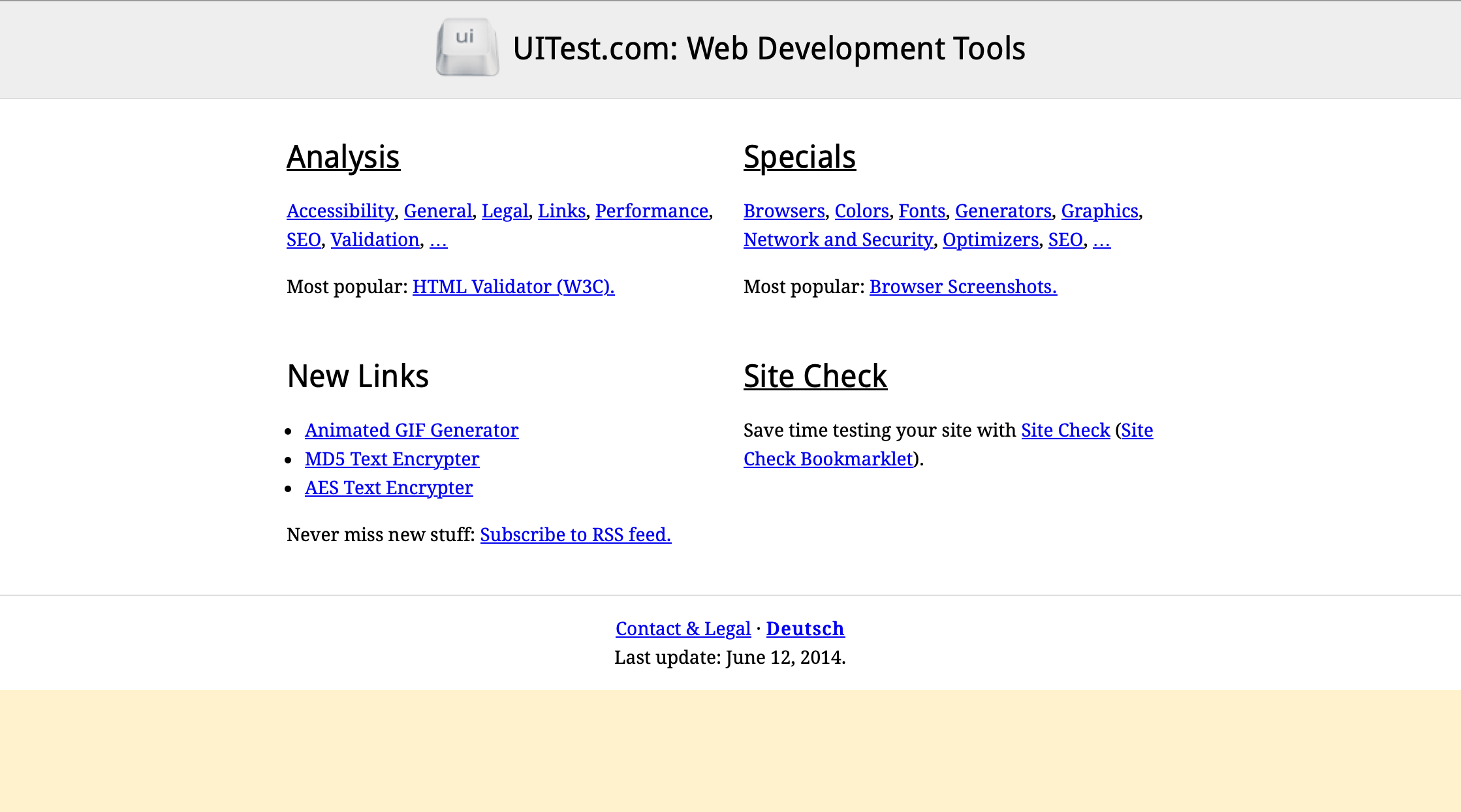 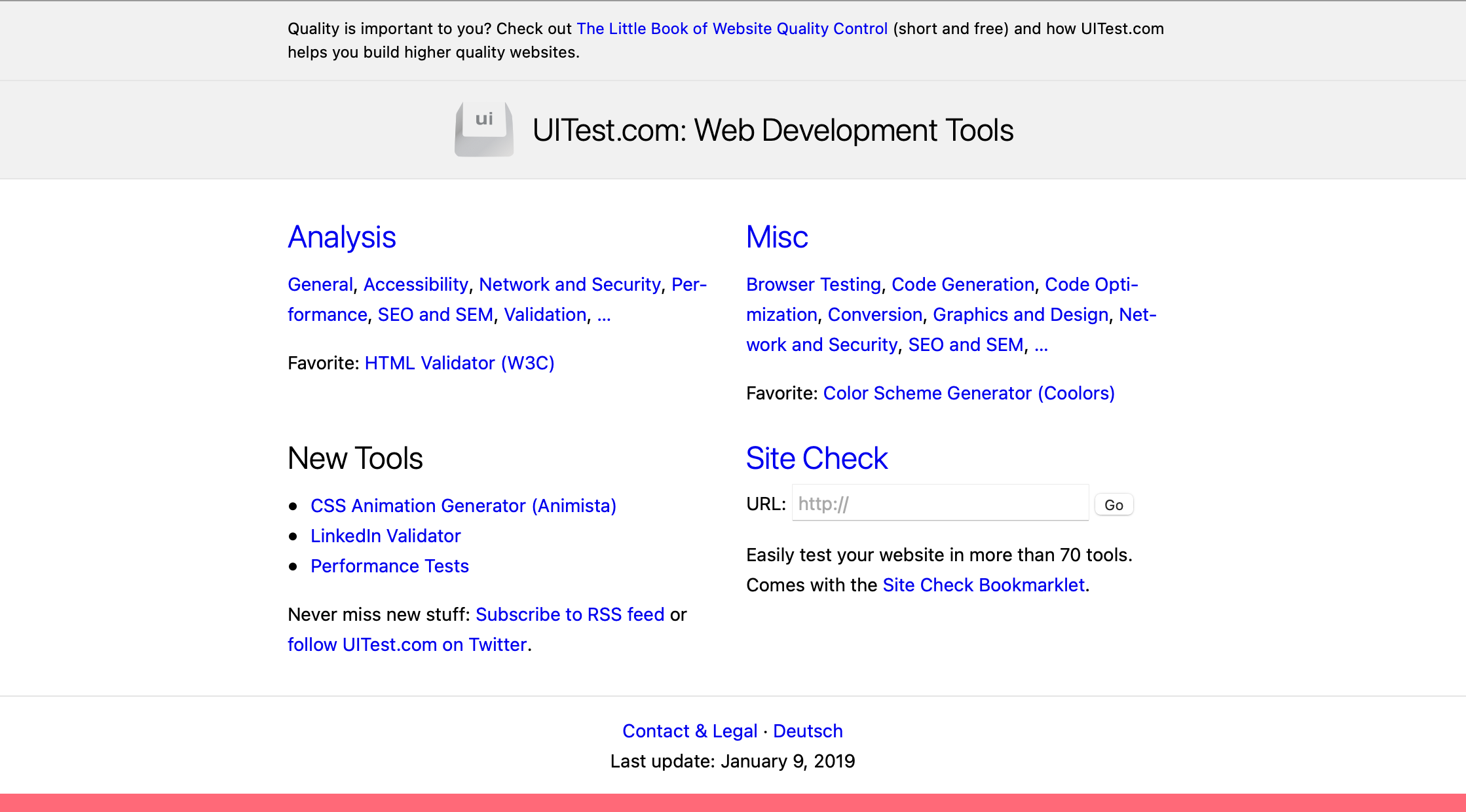 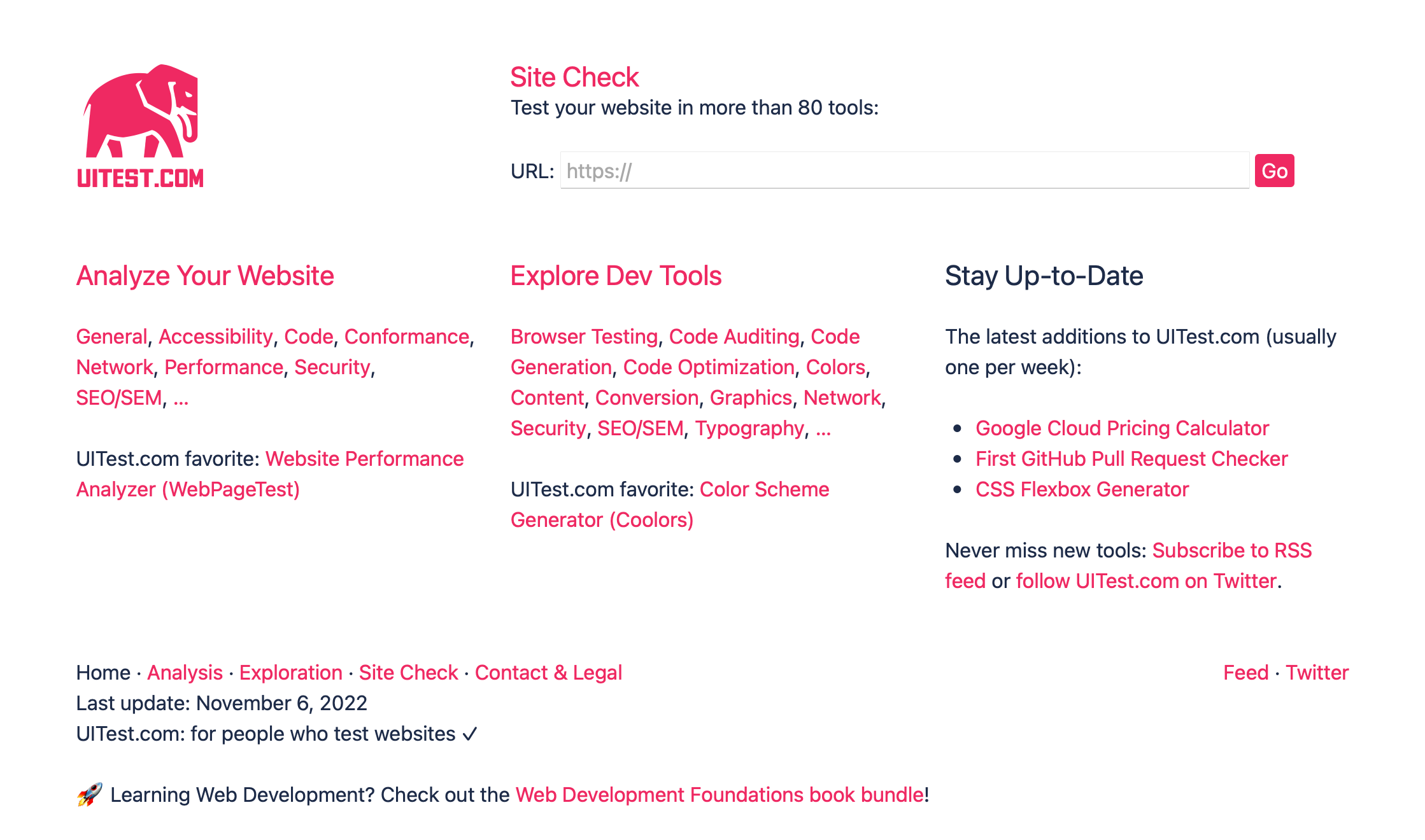 What does this story say?

It probably shows continuity: The site was fairly consistent in terms of both content and design, and that over nearly two decades.

It was also one of the very real, very practical data points I’ve been working with when it comes to some of what you’ve been reading from me: Whether it’s how web design is a process, the power of CSS-only redesigns, or how we benefit from making our own lives a bit difficult, that has not been talk, but walking that talk.

At its peak, which was yesterday, UITest.com featured 209 analysis links and 395 exploration links, 93 of which were usable and hence promoted in Site Check. 18 more tools have been in the queue for processing. As UITest.com was maintained, pretty much all of these links were migrated to Frontend Dogma.

UITest.com made it until version 8.6.38, and contributed for a major release (3.0.0) of Frontend Dogma. Follow UITest.com’s afterlife on Mastodon (or, if you’re still using it, on Twitter), and consider subscribing to Frontend Dogma’s RSS feed (tools only).